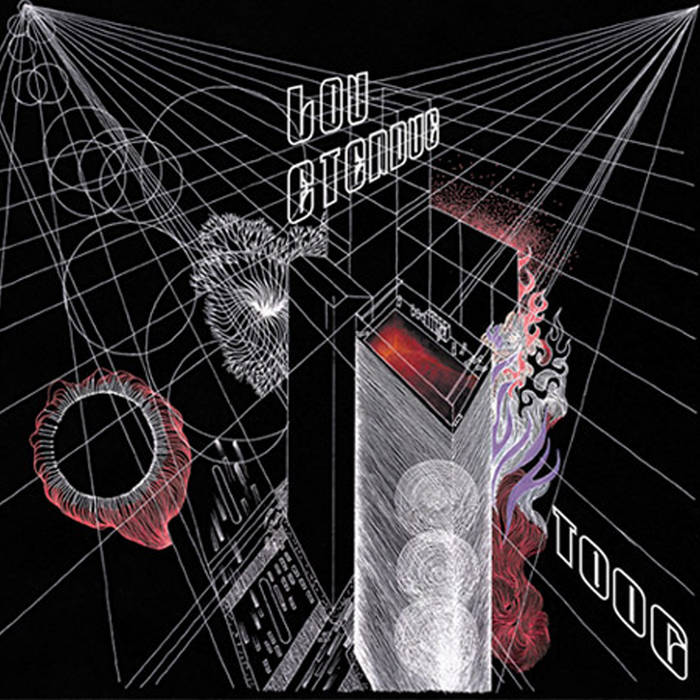 « Lou Etendue » is a deep dive into an electronic swamp, filled with water lilies and poisoned creatures..." Toog

September 1914: the french poet Guillaume Apollinaire meets a fascinating young woman, Lou, in Nice. Seduced but quickly disappointed, he joins the troops in Nimes and starts to write the wonderful poems that will be collected and named "Poems to Lou", after his death.


September 2001: a few days before his flight to New York, Toog meets Asia Argento. The twin towers collapse. Having to stay in Paris, Toog imagines Lou Etendue, a musical piece in a threatening world, with Asia as the new Lou. He asks Digiki to produce the project.

Toog is a french musician, born in Mulhouse. His first album, "6633", released in 1999, is a collection of electronic vignettes, often surrealistic. "Easy Toog for Beginners", his second album, released in 2001, develops more sounds and structures. Both albums were released in the USA, Europe and Japan. Toog is an explorer, searching for new territories for contemporary chanson. Toog is also a poet, co-editor of « TO », a bilingual poetry magazine.

Born in 1980, Digiki is a french sound artist, with a unique sense for re-contextualising sounds. After a series of remixes and collaborations in Europe and Japan, including a tour of Japan in 2003 with Momus, he's currently working on his own album. With influences ranging from hip hop, electronics, to guitar pop and classical, Digiki blurs the line between pop and experimentation, and delivers with « Lou Etendue », a subtle mix of melodies and sound glitching.

Asia Argento, daughter of "giallo" movie director Dario Argento, is an actress, a model, a photographer, a writer, a painter, a mother and a critically acclaimed film director. Her second movie, « The Heart is deceitful above all things » (2004), is based on JT Leroy’s autobiographical memories. The film packs an all-stars cast (Winona Ryder, Peter Fonda, Marylin Manson, and Asia herself). Argento recently lent her inimitable voice for the Trash Palace project and Hector Zazou’s last album.

Translations by Noura Wedell except:
The Nine Gate by Ian Monk

Vocals by Toog and Asia Argento

Recorded in Paris and Los Angeles

Mastered by Rashad at Dubplates and Mastering, Berlin

Following tours alongside Momus and Kahimi Karie (USA, Europe and Japan), Toog released his debut album '6633' in 1999, followed by 'Easy Toog for Beginners' (2001). Toog drew the idea of his 3rd album ‘Lou Etendue’ from Apollinaire (Poems to Lou), combined with how he felt open meeting actress and film director Asia Argento around the time of the 9/11 disaster...

Bandcamp Daily  your guide to the world of Bandcamp

Benji B talks about his new compilation ‘Deviation Classics’